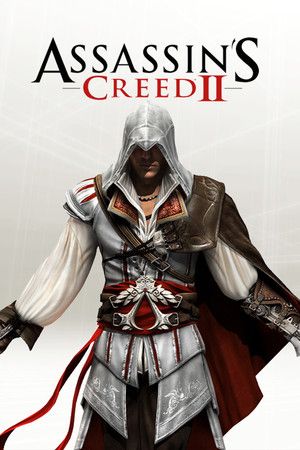 Assassin ’s Cered II — so iconic a game that it would be hard to scold it. Yes, since that time the parkour has become more convenient, the graphics are better, the maps are larger, and in general the series has gone far ahead. But at that point between Assassin’s Cered and Assassin’s Chered II was not just a leap, but a real chasm. It was a sequel that simply destroyed the original, bringing its mechanics to maximum convenience, and in addition expanded the features tenfold. This was the one «Ubisoft's sequel», when the developers understood their audience and made a game out of Technodemka, which will be talked about for decades.

It hasn't changed on the Nintendo Switch in 2022, either. The game kept both the old problems and the problems of the 2016 remasters, and added a little bit of its own. Once upon a time Ubisoft learned from its mistakes and corrected them as far as possible (the same Assassin’s Creed III Remastered for another year after release). And now to fix it — only to waste time and money. The player, by making a purchase, is like signing a contract with the publisher that «he admits he's a sucker and it's his own fault for wanting to buy a game the publisher doesn't care about». Signing, sad, grumbling, playing. And so it goes from year to year.

So, Assassin’s Creed II — is a very outdated game. It has no handy free parkour, and most of the quests are insanely mediocre. But it's also got a revenge story of a charismatic character who isn't ashamed to play for even today. In the 2016 remasters, the publisher put some kind of experimental neural network on the game to improve the quality. Yes, the textures tightened up, but the game started to look times worse. Especially the local faces — They're just disgusting, and their eyes are like they're going to open a tunnel for your soul straight to hell. It's funny to say — Some eyes are so rolled that eyelids go through them when an NPC blinks. Creepy at the level of the release version of Assassin’s Creed Unity. In addition, the light has been killed in some places, parkour has become dotted with bugs and inconveniences, and in general things have become a little different, a little different.

What Ubisoft did to the game in seven years and before its release on Switch? Guess. The already cheesy remaster's been rolled back in development. They say the Switch has PS3 hardware, but that's debatable when you look at the results. The game looks bad even in the portable version, and in the dock station, by tradition, looks really disgusting — The textures get washed out and the anti-aliasing is gone from the word «at all». All the other old ills are also in place.

This is where console gamers are left to cry. On PC, you can safely play the original: old, unsightly, but still good. It doesn't have faces that make you gray in horror. And the remasters — is, alas, a complete mockery made exclusively for consoles. What prevented for so many years to correct all the horror that the authors of the port did? Obviously, in the first place, the desire to. No one wanted to sweat it, because what a choice console players have? Bought a new console — Buy a remaster that won't have another version. You don't want to? Well fuck you then play on an old console you'll be too lazy to turn on. Sad and desperate situation.

Still, when comparing the two Switch ports, you can't help but catch yourself thinking that with the remasters of the three Assassin’The Switch is a little better than Grove Street Games with its incredible Grand Theft Auto: The Trilogy — The Definitive Edition. People there didn't care either, they were on deadline, and changes were being made in a hurry. Ubisoft had a lot more time, it just didn't want to, and the company almost didn't invent anything, trusting everything to algorithms. Both of these approaches are disgusting, but in the latter case there is much less loss for us.