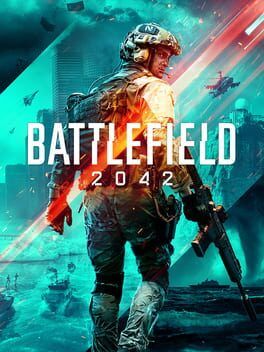 Great news for all patriots! In twenty years we'll rise from our knees and finally become a world power again, the polar hegemony of the damned capitalists. Just a little bit more — The Euro will collapse, hundreds of countries will disappear from the geopolitical map, and the US and Russia will share the resources of a planet going to hell. However, this is definitely the end of the happy news from the bowels of Battlefield 2042. For the rest of the game was the standard of controversial innovations and crude technical execution. And this is against the backdrop of, it would seem, a sensible decision to abandon the storyline campaign (considering how it turned out to be a misery in Battlefield V) in order to focus on the other elements.

Saved forces studios DICE, Ripple Effect and Criterion Games wasted on the development as much as three modes. The main one, Warfare, offers two types of combat. First, «Capture», — classic point control. The more advantage in your favor, the faster the enemy's supplies run out. Second Mode, «Breakout», — a lengthy operation to defend or attack certain areas. Once all points of the strategic plot fall under the onslaught of one side, the front shifts and the defenders retreat, entrenching themselves in new territory. If the latter manage to use up all enemy revival points before they lose their final frontier, victory will be awarded to the defending.

Both modes play quite briskly, but the raspberry is spoiled by the gigantic size of the maps and the huge distances between zones. The situation where there is no respawn point near the epicenter of the battle, and all the members of the squad in the battle, and therefore have to be revived half a kilometer away from the war in an empty base — in the order of the day. Especially «fall in love» consisting of subsequent minute runs that result in a camper guarding your rear, often sending a burning ass for the next batch of running around empty locations. At the same time, the maps themselves, if they were three or four times more compact, I would only like to praise them, because they have both beauty and gameplay diversity. When you have time to fight on a mountain pass, a coastal village, and a giant oil platform for half an hour — It feels like you're taking part in something epic and massive. However, all events take place in about 10% of the map, while the rest of the area is empty and causes only dejection.

The second serious stumbling block is a mercenary system that does not work at all — so-called «untamed» (comrades who have no citizenship and trade their fighting talents with Russia and the U.S.). Each of them — seemingly bright personality, with its crowning ability: one, for example, is able to put a defensive turret, the other has an arsenal of various grenades for every situation and enemy. What's the catch?? Mercenaries have very little interaction with each other. Medic may well run around with a rocket launcher and bend tanks, but a sniper — Sit on the horns of hell, supplying yourself with ammo and not needing your comrades. Some fighters (the same McCain) are so independent in general that one can only watch enviously as this citizen jumps happily alone on high places inaccessible to others with his pussy-hook. All this greatly harms the perception of the game, turning it into a Call of Duty level dump, just raised to a hundred people. Every fighter in Battlefield 2042 has become everything and nothing at the same time, and war — a crazy meat grinder of one-liners and universalists.

The second mode, Hazard Zone, — A nod in the direction of «royal battles» и «dirty bomb» From Call of Duty. You land on a huge map with your comrades, clean out conditional chests with important information, fight off bots and other units, evacuate, repeat. The raison d'être of this mode is still questionable. First, it requires a cohesive team of comrades — a squad of autists becomes desirable prey even for the bots. Secondly, there is the purchase of equipment between battles, which presents an element of inequality between long time players and beginners. Third, there's exactly the same mercenary system that doesn't work — do not expect surprise tactics at the team level. The clever combinations of fighters from the free Apex Legends look at it all with a smile.

But the third Battlefield 2042 mode, Portal, is a success… if, of course, you turn a blind eye to the fact that this is a regular set of maps from previous installments. However, nostalgia and the quality of the old content give it away. Normal map sizes, normal classes, normal everything (minus the heavily reduced arsenal). It remains to be hoped that the publisher and the developers will not abandon the mode and will regularly shuffle the old content. Portal is not unreasonably desirable to spend more time than Warfare and Hazard Zone, which are not helped by visual beauty or traditionally powerful soundtrack.

If it was limited to that, Battlefield 2042 could just be called another part of the series, with no claim to originality and created purely for the seasonal withdrawal of money from the fans. But EA seemed to want to compete with a number of other high-profile bugbears of the year for the title «The rawest release of 2021». From what I've seen personally — Non-starting matches, crooked hitboxes, sometimes inane respawns, and incomprehensible economies of facility rendering. Is it a joke, seeing a static sprite of a running man in the sniper scope on a non-xtgen console?? Especially annoying was the bug when the character can not get out of a sitting position, and after getting wounded — give up and be reborn. The only solution — Exit the match to the main menu, and the game doesn't care at all that you just wasted 20–30 minutes without getting a reward. However, the latest patch has greatly corrected the technical flaws, but the tarnished reputation remained, as well as the lack of understanding of why players should beta test AAA-projects, buying expensive product with no Early Access marking.

Battlefield 2042 ultimately doesn't pull off its humiliating ratings on aggregators, but its widespread secondary, ill-advised mapping and gameplay decisions, and extremely poor technical health at launch don't exactly inspire rapturous sympathy for it either. Nevertheless «Batla» Can still main — Generate in the moment powerful battle scenes at the level of Hollywood action movies with dozens of pieces of equipment and explosions against a backdrop of tornadoes and sandstorms. But in 2021 this alone is not enough, and its own and borrowed from the neighbors in the industry innovations do not stick yet. Future patches and new pieces of content, in principle, can noticeably improve the project, but the latest reports on the cosmic drop in popularity of the project with the public and the formed public opinion cause certain concerns. Will the publishers and the developer now spend a lot of energy on it, or do we get a similar Anthem?