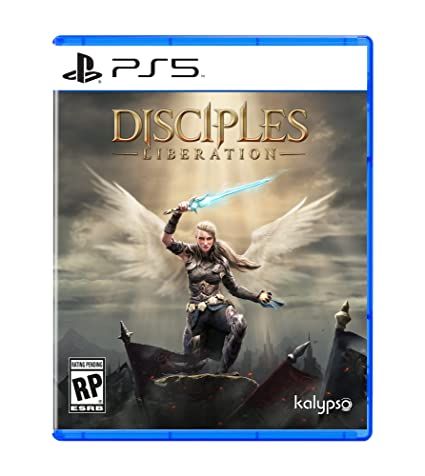 You've got a pebble in your shoe. It certainly does not interfere with your life, but it is constantly uncomfortable and all thoughts are devoted to how to shake it out. So Disciples: Liberation — is the kind of machine that pours pebbles abundantly into your boots. The writers of the game knew exactly what they wanted to achieve, but didn't know how to do it. Result — aside from the very basics that pull the game out of the mire, everything came out very crooked and wrong.

Oddly enough, gameplay-wise, the game continues the not-so-successful threequel, which didn't so much continue the rather distinctive but niche Disciples series as it imitated the strong, trendy, and independent «Heroes of Sword and Magic». Ride the maps in real time, encounter an enemy and teleport to a random area where the floor is covered in hexes, and the battles take place in classic turn-based. Well, almost classic. Units have three types of moves, separated by color: blue is for movement only, red is for attacking only, and orange is for any of these actions. As a rule, each fighter has two of these actions per turn, and magic from the book can only cast the main character of the story and only in moments when her unit is active. Just like in Heroes of Might & Magic IV, the heroine herself is actively running around the battlefield, and a place outside the battles are provided for units beyond the control of the player. Great mechanics, by the way. You put a weak, untargeted unit out of the battlefield, and it stands there, bafing an army or shooting at the enemies, all without risking its own life — the enemy such soldiers can not attack.

But don't get too excited: Battles will be gruelingly long, even if your army is strong and awesome. Autoleveling story opponents won't let you win in two turns, and most enemy groups are story-driven here. The enemy will constantly heal and resurrect, and your soldiers (with the exception of heroes) — deal ridiculously little damage… Well, not until they swing, but that happens near the end of the game. To say that it is tedious is an empty shake of the air.

And in fact partially this problem can be overcome by reducing the 40-minute game sessions to at least 35 minutes — To do this, you need to open in a single city reinforced types of buildings. But here the authors laugh in the player's face — so easy to pump buildings, you need to grind resources in real time, and what bonuses it will give, it becomes clear only after completion of construction. Genius!

The balance of the units themselves was completely forgotten about at the stage of the disdoc. For starters, give up hope to understand everything as you go through the game and go storm the guides. For example, there you will be immediately told whose reputation to pump. The game has four factions, and the development of relations with them changes the balance of the game, giving the faction representatives more opportunities. If you follow the guide properly you will be able to make the standard healer-units you will not need, because even maximally pumped they will be worse than the demon-units, in which the treatment is not included in the main profile. Why is it so — who knows??

That's just about the benefits of each faction no one will tell you — the authors were faithful to their rule not to give the player an explanation. Actually, that's why you can't play Disciples: Liberation as an RPG either. You don't wager your character in dialogues, but calculate how much and what reputation you will be given, and how much and what faction — . Very, you know, dangerous prospect of rolling the right one and getting useless — you can meet a superior army with almost no bonuses and lose everything.

Meanwhile, the RPG Disciples: Liberation might be surprising. Answers in dialogs a lot, charismatic characters wagon — even for punching, even for joking, even for group sex. But because of the above purely mathematical points the game turns into a rut without proper role-play and gameplay. Go through it honestly — Long, tedious and exhausting. Play by guide — Simpler, but more straightforward, and then what's the point at all?

The authors' idea is clear — they wanted to make a long game with beautiful pacing, where every warrior in the squad has a value, where the role choice affects the armies and the hero's abilities. That's just balance Disciples: Liberation so that it was interesting and dynamic to play it, regardless of the role choices and selection of units, they simply could not. And let the patches clearly edited the situation, they fully they will hardly fix it.

For fans of passing the game for hours on end will do, but the rest of us should find something else. Even the much disliked King’s Bounty 2 managed to be in this regard is much more adequate product, which respects the time and effort player.