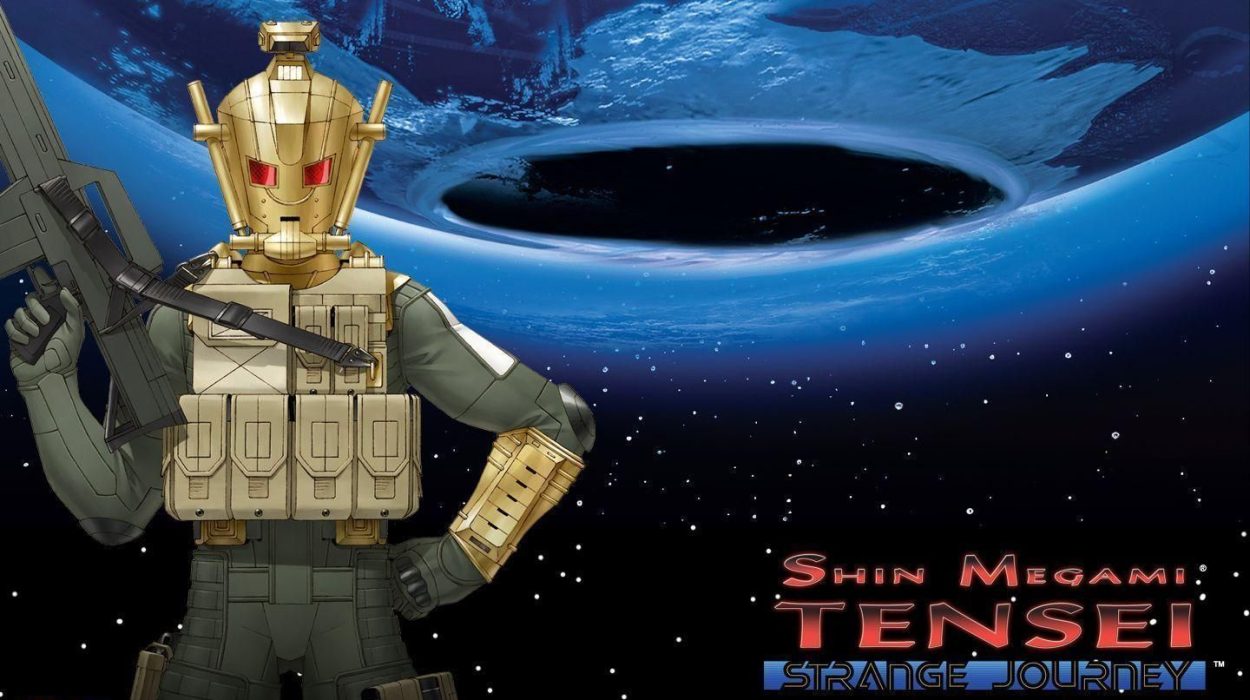 Where does the line between a good game and a complete disappointment?

Specifically for Monark it lies around the thirtieth hour of the game. Up to this point, the creation from the next developers of Shin Megami Tensei, a spin-off from Atlus once upon a time, makes a positive impression. Let the setting of the cut-off school, in which the students for some reason go crazy, at first and gives painful flashbacks to Caligula Effect, but the game approaches its world much smarter than its genre counterpart. In particular — without schizophrenic location design and without having to beat up distraught schoolchildren to bring them to their senses.

Lost in the fog students of the local academy are almost harmless in most cases. They may, of course, react to external stimuli (like a steadily ignored call from another world), and there are some violent individuals among them, but at most they can — to drive the protagonist insane on direct contact. At first glance, it sounds terrifying, but in fact you will simply be transferred to the infirmary without loss of progress and with the ability to immediately teleport to the beginning of a small foggy dungeon.

And as it is not difficult to guess, the main purpose of the protagonist — dispel the mystical fog that's built up inside the school's magical barrier and hopefully get the hell out of there. It's done with a primitive ease: fog — The result of using the abilities of people bound by contract with demon monarchs, and it dissipates if you destroy a contracted person's ideals. Three ideals for each contracted — and be done with it. And the first half of Monark leads players with the feeling that ahead awaits a short, intense story about broken personalities trying to solve their problems with contracts with demons.

What's good, the story here is interesting both in concept and in practice. Players are consistently given partner personalities with completely different views on the problem of fog and the barrier. We use them to air all the academy buildings time after time. Besides the battles at first are perceived as a pleasant addition to the main gameplay, based on the exploration of locations, conversations with schoolchildren and searching for clues to the puzzles (the latter here is enough, and for many have to use your brains). But it is at first, while the player is required to participate in only six battles per mission: three turn off «Death Calls» (the same ones that drive raving mad schoolchildren in the fog), another three go to the destruction of the ideals of a contract worker. Then comes the moment when the enemies in the Otherworld are much stronger than the heroes. And that's when we have to look for places to grind.

Here it should be explained how the pumping in Monark. There is no classic leveling up when you reach a certain experience limit. The strength of each individual member of the squad, consisting of the protagonist, his current partner and a crowd of permanent legionnaires dummies, is determined not by how many fights who participated, but the number of skills, purchased for the local spiritual currency. And the player is free to decide which squad to develop first.

At first the rewards for story battles are more than enough to keep the balance. Cleared one building, changed partner — Quickly pump up the beginner, so he won't be useless, repeat a couple more times. This continues until the second half of the game, when Monark suddenly decides that the player is spending too little time in battle, and forced to go urgently to pump up.

You'd think, well, what's the big deal? Called an alien world, found yourself in a special combat room and sawed out a number of enemies for about the same number of points of pumping in each round. After all, it's not supposed to be stressful — Fortunately the combat system of the game is very simple and represents the tactics without any extra frills. Pick a target for a beating, bring the nearest member of your squad to within striking distance (preferably behind his back so as not to give him back), conduct the attack. Bring the next one up, and after his strike, his closest comrades will join him in beating the enemy.

Squad members, with few exceptions, have two types of actions: physical attacks that use up HP, and magical, from the use of which the character slowly goes insane. If you don't keep track, you can get your hands on a berserker dying in three moves, not sorting out your own and others'. Alternatively, human characters can be introduced into the «Awakenings», getting a bonus to your stats and access to special moves. And if you try hard enough, you can even combine them «Madness» и «Awakening» for maximum pathos effect. Simple and uncomplicated.

It would seem, well ask you to kill seven or eight opponents at a time in the name of grind. What is wrong with that?? Well, spend an hour on pumping, but then there will be no problems.

But in the second act, the problems start all the same. That's when players are asked to choose one of their partners for the final root. There is nothing new or critical in the idea of parallel rounds, the passage of each of which will lead to the true ending. But the authors in their great wisdom decided that on each cycle it is necessary to strengthen the opponents, and the new skills by that time are not worth 10–50 points. It takes a long time to spend large sums of money, but it's better to do it in the rooms you know, where you can steadily drop a lot of experience. But here's the problem: except for the location of a couple of chumps, they do not change from cycle to cycle. And now the promised short and cheerful adventure of 20–30 hours drags on for a good 20 more, with a good if five hours of story content. All for the sake of Roots, which are not really different from each other, except that they are getting heavier and more and more opponents.

And what comes out? That the first half of the game is quite enjoyable because of the formulaic but not boring story; ambiguous characters, among whom even the antagonists are easy to understand; interesting puzzles that require attention and memory; very cool songs in battles with bosses; for once, the full voiceover of story conversations. It doesn't even matter at this time that Monark looks frankly budget-friendly, and the individual textures are so blurry as if the Switch version had been ported unchanged to the PS5. But then comes the second half of the game, and there awaits only a pointlessly wasted time on mindless grind. And then even little imperfections like constant mini-scenes on and off, or too slow motion animations are insanely annoying. So ruin the experience — You have to have a special talent.

Monark — A sad example of how good and interesting ideas can be blighted by terrible implementation. All the considerable pluses of the game are brutally destroyed by the mindless stretching of gameplay. Immensely tedious. Disgustingly monotonous. And it's a shame, because Monark had every chance to be, if not a great game, then certainly a solid game.