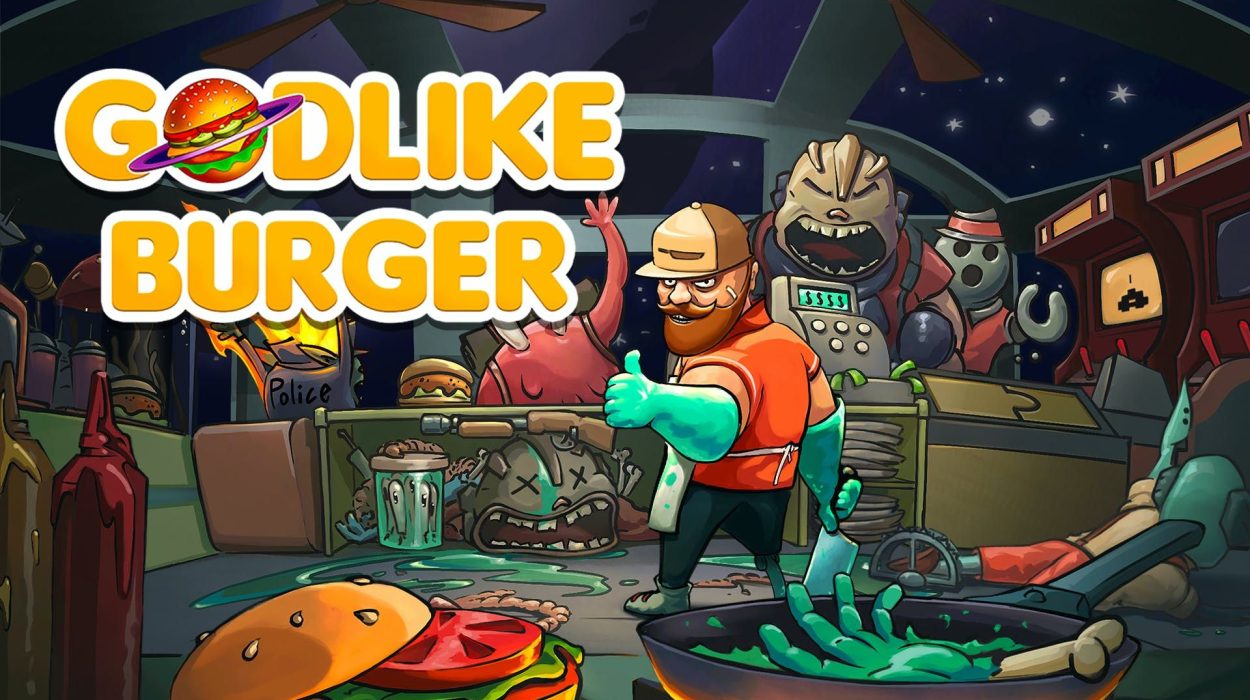 Time managers about serving burgers — only slightly less popular genre for mobile than Farmers, and it is much more popular than runners. Liquid Pug Studios, on the other hand, offers you their experiment on the genre. First of all, the game is paid for. Second, it's a lot more interesting and bloody than just picking up burgers and handing out to customers. Welcome to the burger joint of a Broadway musical «Sweeney Todd»! In Space!

Yes, everything takes place in a burger shop, which is a spaceship hovering in orbits of different planets. So it's not some human, but a wide variety of aliens, whose taste buds, immunity and personalities are extremely different. And the player running the place needs to take all this into account.

However, that's not the main thing. In the ingredient store you can buy buns, mushrooms, tomatoes, pickles and everything else you need for your burger. Except for the meat. Meat — the most important element without which a burger is not a burger. But since you can't buy one, what can you do?? Well, take a look in the hall. There are so many meaty customers out there! Bait them in dark corners and toilets, set lethal and non-lethal traps, spike their burgers «sauces», and then collect bodies for the meat grinder. Each customer has a different «taste» and a set of extra parts that you can use as well. Meat is meat, but teeth, fats, eyes, and tails can be used to create sauces like the kind that make a customer really want to smoke. Which is useful, because when you go out in the backyard, he might encounter your cleaver, trap gun, or «Random» with a shorted speaker. There are other sauces: some will drive the customer to bliss, some will hypnotize, some will poison, and some will send the customer to the part of your diner where you want. In short, convenient.

It's all about balance and caution. A customer who dies before he's paid off is certainly not the biggest nuisance, but you can't take money from him either. And without money you can't buy new ingredients, pump up the kitchen and chefs, buy new sauce recipes, and also — bribe the police and creditors. In the latter case the big delays will result in collectors appearing on your territory and scaring clients away. However, without that every new day will throw up trouble inherent in the particular planet where you stay. There are protesters, critics, clogged toilets and nosy competitors trying to steal your meat all the time on the starting planet. On other planets, the set will be much more extensive: meteorites, radioactive cockroaches, and zombies will make cooking more difficult than ever.

And now for the meat of the story. Godlike Burger — a game that discounts travel progress if the chef dies. That is the upgrades kitchen and cooks will remain, the meat remains (if you bought the appropriate upgrade refrigerator), well, the money, if you put them in a safe at a predatory rate. But the money in hand, ingredients, sauces, the reputation of the burger shop, completed quests and unlocked planets — All this will have to be developed first.

Lovers «bagels» That's not scary, but it doesn't have the basic bagel chip that makes it not tiresome, — The world is changing. You always start on the same planet and there's always only the set of events that are provided. Traps are always in place, they cannot be moved or changed. Taste preferences are always the same for every alien race. All that changes is the set of mandatory quests to discover new planets.

And after all the campaign is not a short one, and the player can simply freak out after another death, when he will have a pack of green in hand, fifty game days, will open five planets and fill the fridge with fresh meat, but will forget or will not have time to buy a one-time salvation from death. And you can die here at all from any insignificant, sometimes illogical blunder. Let's say you set an automatic trap somewhere in the backyard. Not only did she kill a passing alien, but she cleaned up the corpse. But another alien saw it, and there's a field of suspicion around it. If the chef gets in there, the alien will pounce on him. Okay, such a field would be included when the cook kills himself, not with the help of a remote trap, but alas, sometimes it is not clear why the poor guy is accused of murder, which he did not stand next to. But that's how it goes.

By the way, the usual customer attack — it's not that bad, it's easy to fight back. It's a lot worse when the cops are called to your place. This is a separate race of space goblins, extremely far from morality and courteous treatment. They have a lot of lives, and the batons send the chief to the light before he can shout out «Free cash register!». During a raid, the tension is more intense than a brawl in souls games.

The rest of the game, on the other hand, is just fine, including the humor. Don't forget to read the book of reviews and news — There's always something fun out there. Well, we should get to the stove before the meat burns (or escapes).