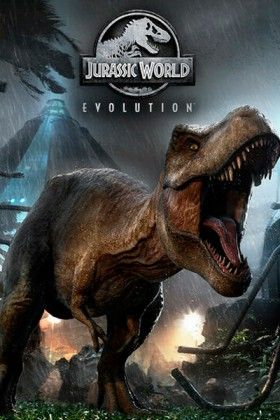 Coronavirus, the bastard, made «Jurassic World: Reign» A major shift in the shooting schedule, and by what miracle the movie will even come out, it's not clear yet. Well, the authors of Jurassic World Evolution 2, apparently, got tired of waiting and released the game a year before the premiere of the film. That's okay, though — the connection between the movie and the game couldn't be probed by the most experienced surgeon. The movie has gone quite far from the parks, but the game, by contrast, stays true to the first trilogy and tries to take the best from the second one. Best — Is new parks, fun protagonists, and dinosaur genome games.

First, about the local campaign. It's a short, literally four hours, warm-up with a slight hint of plot. In it, Owen and Claire clean up the aftermath of the second film's finale, when a variety of dinosaurs are out in the wild, no longer held back by the spaces of the islands. The first thing the player has to do is to take a tranquilizer gun, get in a helicopter, put the found lizards to sleep, and bring them to an isolated aviary. Next — to create a pleasant environment from which dinosaurs will no longer want to escape. A special feature of the campaign is that you don't have to create a park anymore. To hell with the visitors! Main — keep the prehistoric lizards and keep them from reaching the cities. The lack of complicated mechanics made the campaign pretty casual — Challenges are simple, missions are short, and you can get money by the shovel. No challange, and therefore everything flies by even too fast.

However, after the campaign, the game says: «All right, warrior, warm-up's over. The carnage is about to begin!» First things first, it offers a small chain of challenges, where in a very limited area you have to build a successful park, while completing several difficult tasks.

But that's not what's so interesting. Mode «Chaos Theory» — That's what Jurassic World Evolution 2 was created for. It's essentially five storylines, each of which focuses on one of the five released movies in the series, and the player's task — To make sure each and every one of them doesn't have a catastrophe waiting to happen. You have to strain all your knowledge of the game to save a business and someone's life.

In fact, in this mode, there is already a full-fledged construction of parks — With dinosaur DNA mining, lizard breeding, expeditions, creating comfortable aviaries and piles of buildings for tourists. The changes compared to the last installment are minimal — there are full-fledged aviaries for flying and floating dinosaurs, and the labs now need a variety of scientists to be hired and pumped.

What definitely hasn't gotten any better is the interface and micromanagement. Is it possible to display a list of all the dinosaurs with statistics on them? No, you have to go into map mode and look for them, checking one by one — sick, old, hungry and angry. Fuel the generators (fuel) and buildings (fuel and supplies) manually — is the one thing no one asked for at all. And it exists for some strange reason, is maddeningly annoying and distracts from the interesting stuff by all means. In a good way, this element should be cut the first patch or at least give players the opportunity to put such costs in automatic mode, but this is unlikely to happen. Maybe it's even done on purpose. Everyone knows that a good movie-license game doesn't have to be great — people won't understand. So the authors just have to give out questionable solutions not to lose status.

But in other respects Jurassic World Evolution 2 is great. In the genre of amusement parks with dinosaurs this game in principle has no competitors of this level. Graphics, voice acting, variety — all this shows that the authors do not mind continuing to invest in economic strategies. And they also say that the genre is dead and mobile farms rule.