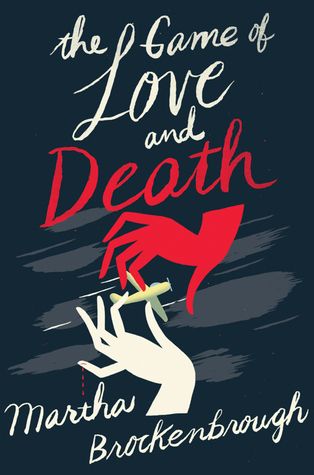 «Martha is Dead begins sadly, continues terribly, and ends tragically», — I'd like to say, but that wouldn't quite be true. All of the above seems to be present in the game, but in the wrong places and open to interpretation. Complicated story came out, filled with fog in the literal and figurative sense. Through its maze is rather unpleasant, but interesting to wade through, but it should be done strictly not on Sony consoles.

Seriously, bypass these versions. In the pre-release PS4-version the bugs (especially with lighting) gave so much heat that sometimes I just wanted to climb the wall (very few people want to go into the woods during the day and be in total darkness, where you can only move by touch). And yes, the first day patch fixed a lot of things, but the lighting was just made global, so now everywhere is just a little dark, but you can see everything, and the atmosphere resentfully goes into a corner. We won't claim, though, that there's nothing like this on other platforms. But it certainly does not have something else: the Sony-imposed censorship. Only in PS versions three warnings are cut at the beginning, interactivity of scenes is removed, and one point was mercilessly cut out: the mention of masturbation in the verbal form could not stand the Sony censors. Well, that's done with the warning, let's talk about the game itself.

The story «Martha» unfolds in 1944 in Italy, so the Italian voiceover was originally chosen. No one prevents you from choosing English, but don't: the charm will go away. And although there is war all around, at first it barely touches the main character Julia, who has enough of her own worries about her sister, who died under mysterious circumstances. The problem is that Julia soon starts acting inadequate. She sees Martha's ghost everywhere and has horrible nightmares, and the players together with her gradually plunge into the abyss of madness, where it is not clear what happened, who the killer is, or if Martha ever was. What if it wasn't Martha, it was Julia. And then who died?

The heroine's faithful companion becomes a camera given by her father. She carries him around with her and takes pictures of everything. Then also develops photos in a special room in the basement of the house: these actions do not involve any hardcore, but a couple of manipulations still have to do. Some photos are required to pass, others you can do just for yourself or to listen to Julia's line.

Very soon you discover a bunch of other gadgets: you have a tripod, a wide lens, a macrolens, several kinds of filters and film of varying degrees of sensitivity, but all this wealth for the passage is not particularly necessary. Unless you have to take a couple of pictures with a special filter to capture it «spirits», the rest is optional. Martha is Dead generally has a lot of voluntary moments: you can read the newspaper every morning or lay out tarot cards, or you can steadily ignore these activities. What's more, there's a big line in the story with the partisans, which is also allowed to end at the beginning or not get into it at all, but then the creepy shots would be skipped, as well as the exercise with «morse code» and with secret codes.

Meanwhile, Martha is Dead is a lot like the old Titanic: Adventure Out of Time, which was released in 1996. There, too, the hero could manifest photos and send messages in Morse code, only he didn't have much of a clue. Here they are (you can turn them off if you want), and sometimes it is very useful. Of course, the inscription at the top left appears on any occasion and carefully informs the obvious things (it turns out that to water the flowers, you need a watering can, preferably with water!). But at the same time, not everyone can answer the partisans correctly, and that's where help comes in handy. In general, the story is built on Julia's experiences, from which it is usually clear what to do at any given moment. But as befits a quest (albeit with elements of walking simulation and body horror), it is not always clear how exactly to implement this within the logic of the authors — so the unnecessary opportunity to get help is only good for the game.

Meanwhile, the creepiness gradually creeps into the heroine's life, and now she is already cutting off her own sister's face in a bad dream and replacing it with her own, and then even performing an autopsy using home-made methods. That said, Martha is Dead doesn't try to stick a scarecrow popping up around every corner. Rather on the contrary: the further away, the more quietly the events are presented, and that's why it gets really creepy. While Julia (Marta?Martha and her friends (Martha in the Death of Martha) are struggling to come to terms with themselves, and as the war rages on, planes fly over from time to time, newspapers write about an assassination attempt on Hitler, and partisans are chasing in the local woods, one of whom Martha (Julia) and Martha's friends are killed by the Nazis?) are romantically involved. At first unnoticeable war suddenly intrudes into the narrative, internal experiences are superimposed on external ones, everything intertwines into a tight ball of — and you can't tell which is the truth and which is the dream of a sick mind. Investigating your sister's death, searching for clues, developing photos — the whole thing doesn't so much reveal the truth as it confuses it completely, and the creepiest scene in the end is the episode in which the heroine systematically massacres one of her puppets…

Creepy game by LKA Games. Tangled, unafraid of blood, dismemberment, and suffering. A story after which deliberately gory thrash games look like kindergarten matinees. Martha is Dead allegorically raises scary questions and brutally, with gory detail, shows how it can be. But at the same time it does not fill the coffin lid, but points out that now such people can and should be helped by special institutions.